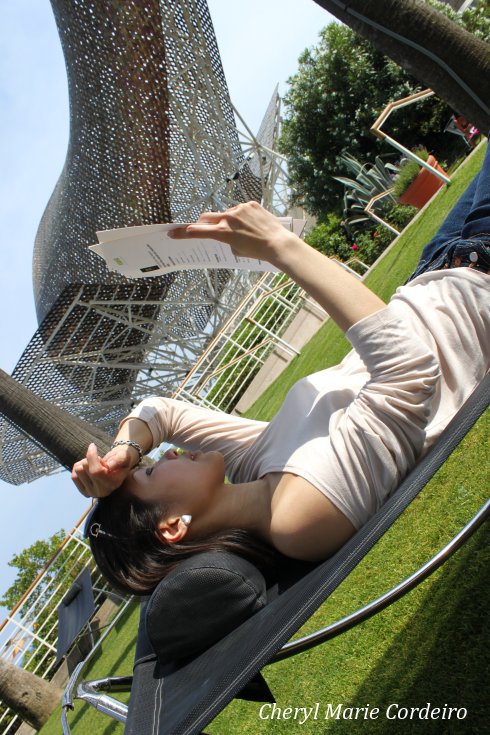 At Hotel Arts, Barcelona, the sundeck with rocking hammocks on the lawn.
Photo: JE Nilsson and C M Cordeiro-Nilsson © 2011

Barcelona proceeded to unveil its many faces as we continued to explore the New Barcelona, that in many respects was created thanks to the 1990s olympic sailing event. Barcelona had previously much of its focus directed towards harbour works and shipping, but is today opened up towards the sea and its possibilities as a conference, business hub and tourist resort. Here now, you’ll find a sprawling, fashionably back to back establishment of beautifully designed hotels, restaurants and bars that line the city’s beach and hot spots.

Futher up along the beach, when you hit La Rambla, political protests continues at the Catalunya Square. I was right at the square when a helicopter circled overhead and policemen surrounded the area, cutting off all traffic in an attempt to clear the square before the European World Cup that begins in Barcelona today.

Still, the protest is generally peaceful, even if the pictures that come across over the news look a bit more chaotic. The rest of the time, the movement calls to mind San Franscisco’s 1960s flower children all over again. Some of whom I spoke with over here in Barcelona, were voluteering help in repairing public grounds, replanting flowers that were sat upon in earlier weeks. Dusty, muddy and good hearted. One could only hope these protesters soon find the real work they seek.

What you feel more when walking around this weekend, is the passion of football fans that are now gathered in this city, from all over the world! The atmosphere is electric, even for one such as myself, who is not quite a soccer fan!

View of Hotel Arts Barcelona, from the sun lawn, at the pool. 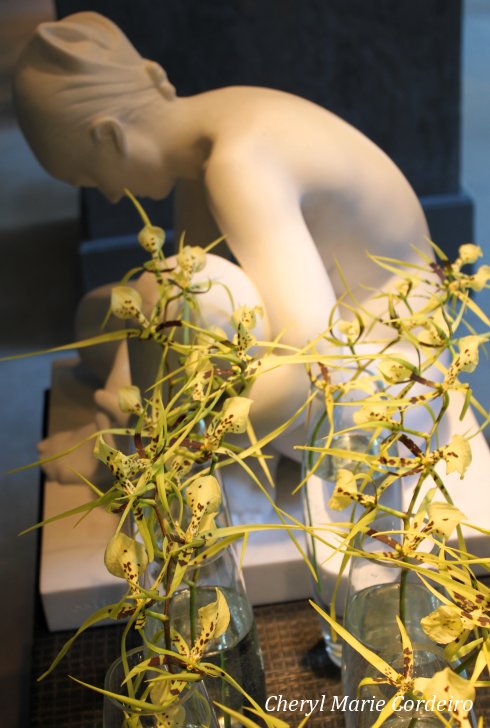 Just outside the Spa. 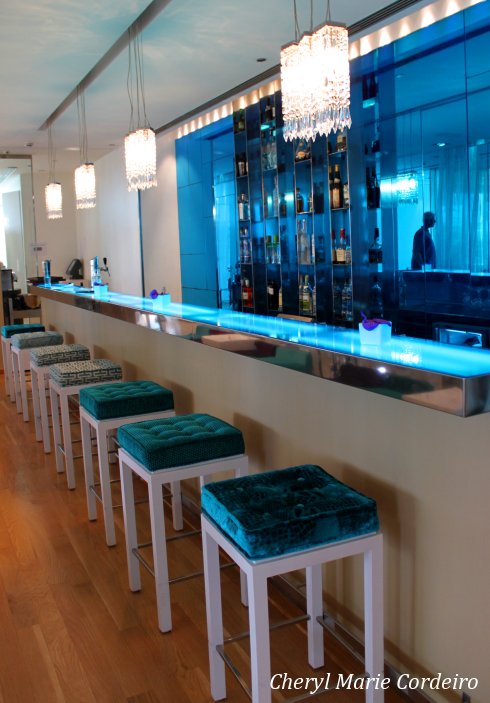 There are several eating places at Hotel Arts, one of which is the Arola. Apart from its vibrant seagreen interiors accented by a scattering of fuschia cushions on sofas, I loved this place for its informality and …good tapas! 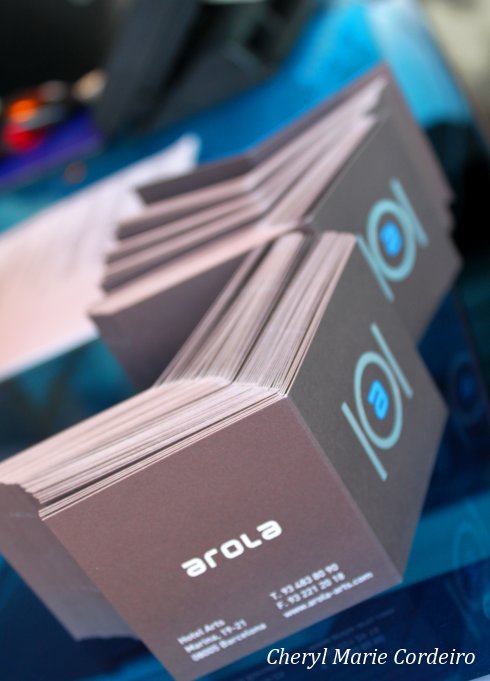 You could walk in the Arola though reservations are recommended, even for hotel guests. 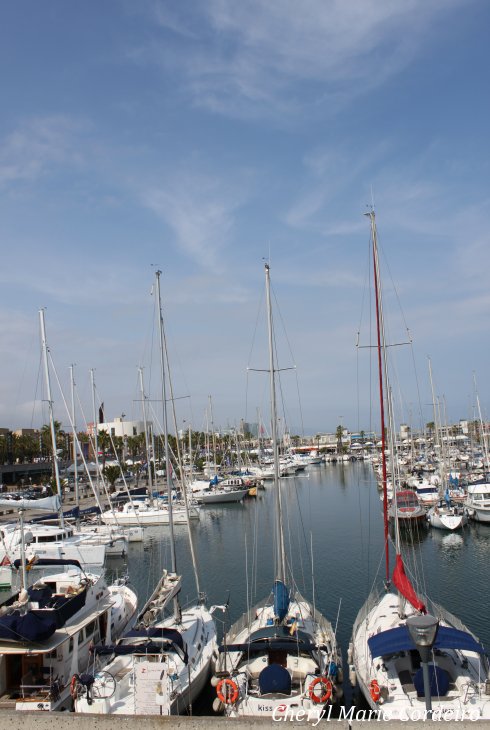 View from the pleasure crafts harbour outside Hotel Arts.

Barcelona has a lot of things going for itself, and if asked what you can find here and nowhere else, to me that would be, Gaudi. His influence as one of the most important modernista architects is felt everywhere and in so many ways, even in Chef Paco Pérez’s food presentations at the Arts Restaurant, that eventually you find yourself pondering if Gaudi’s whacky designs maybe just makes visible the very spirit of the Bacelonians themselves.

One thought on “The new Barcelona”